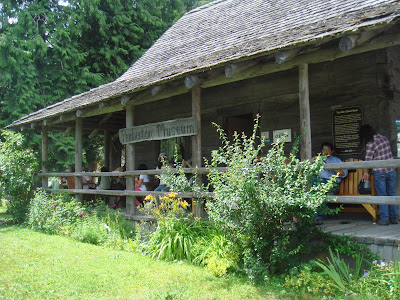 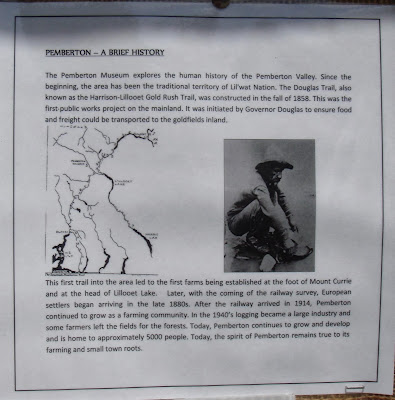 Here’s the brief history of Pemberton. After that, let’s visit the first house there … 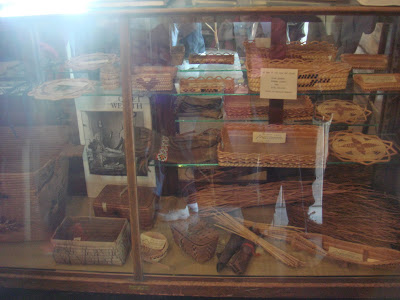 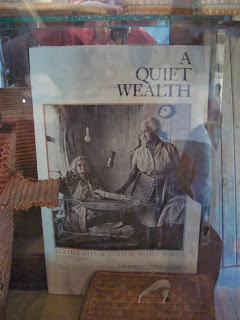 The natives, including Lil’wat, are very skillful in making beautiful baskets such as weavers of Cedar root, Inner Cedar Bark and Pine Needle basketry. 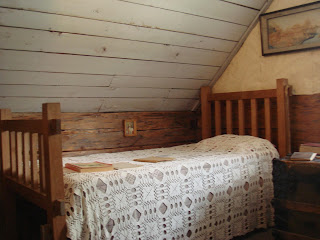 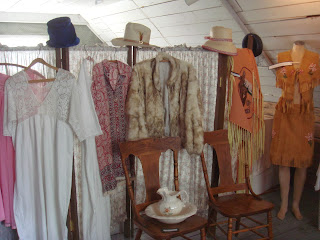 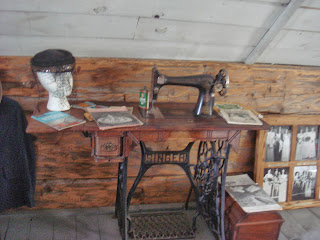 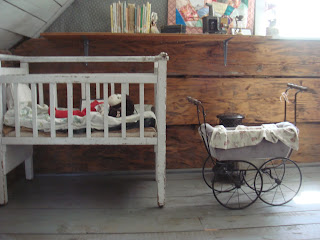 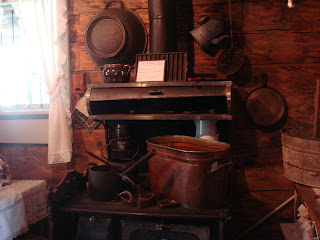 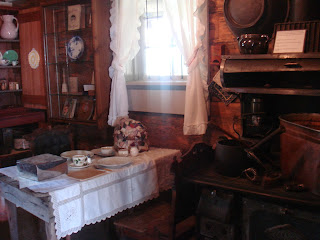 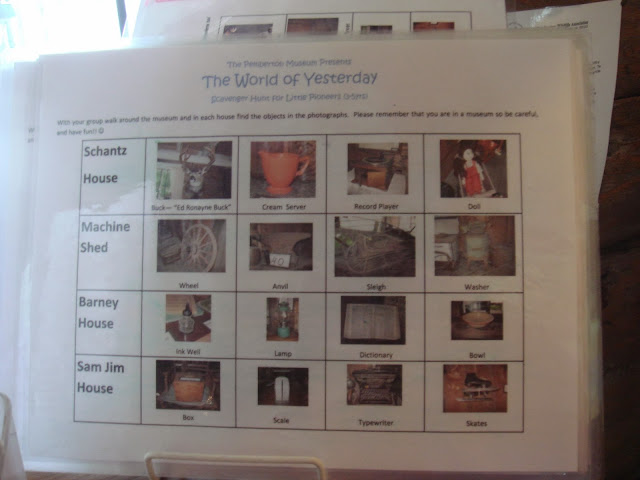 Just an example of how a house looked like back in late 1800’s or early 1900’s. This house is located in Pemberton Heritage Museum. It was similar to Burnaby Village Museum where heritage buildings are exhibited. 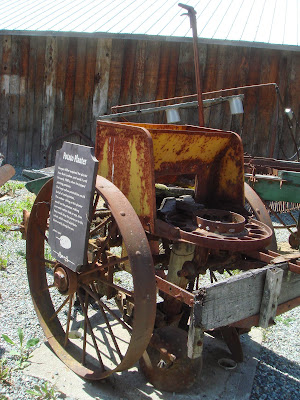 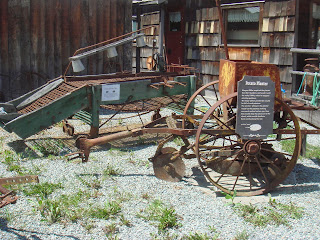 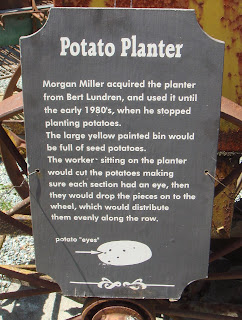 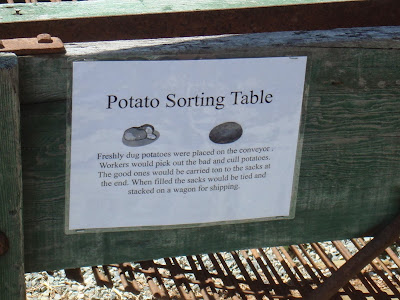 According to its brochure, the unique isolation offered by the mountain ranges surrounding the Pemberton Valley allows for the control of fungi, bacteria and viruses that cause potato diseases. 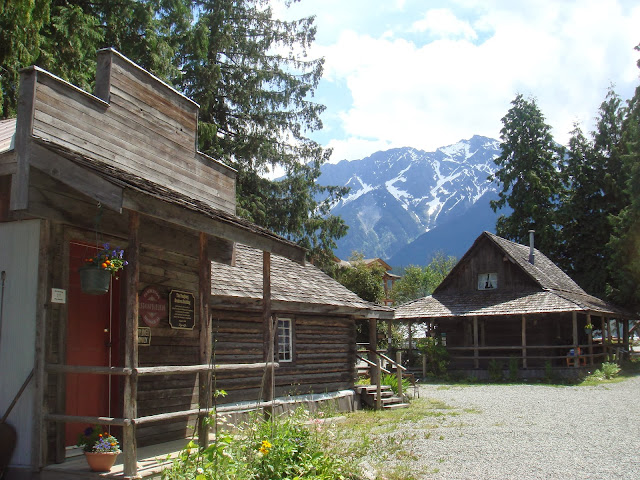 We could see the mountains behind this museum. 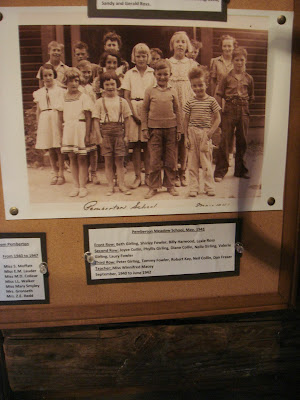 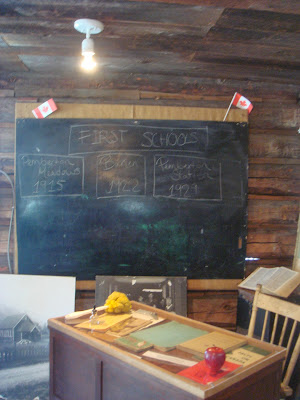 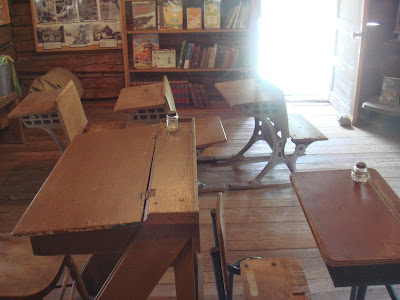 An example of a classroom of an elementary school in history. One of the pictures I included here was taken at Pemberton Meadow School in 1941.

Compared to Seaforth School in Burnaby Village Museum, they both have an apple on the teacher’s desk. What did it represent? Sorry no idea. Also both have ink bottles on students desks, remember ballpoint pens were not common until 1960s.
Posted by Andrea at 6:29 PM