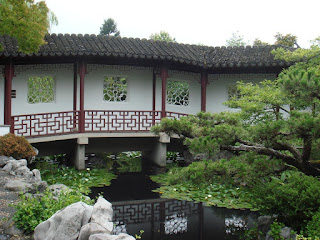 Tomorrow will be the 100th anniversary of 1911 Chinese revolution (辛亥革命). This revolution was started on October 10, 1911 led by Sun Yat-Sen (孫中山 or 孫日新) to overthrow Chinese imperial system which had been existed for over 2000 years. I visited Dr. Sun Yat-Sen Classical Chinese Garden (中山公園) in Chinatown, Vancouver on July 17. Built in 1985 and officially opened in 1986, it is the first full-scale classical garden constructed outside of China. It is modeled after private classical gardens in Suzhou during Ming Dynasty (1368 – 1644). Since it happens to be 100th anniversary of 1911 revolution, I posted the photos of Dr. Sun Yat-Sen Classical Chinese Garden. 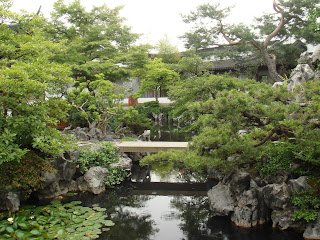 Since Song Dynasty (960 – 1279), Suzhou has been an important centre for silk industry. 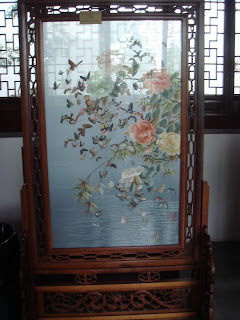 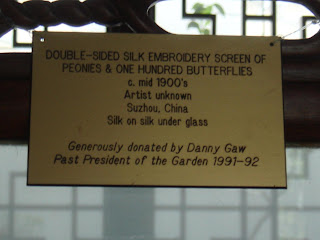 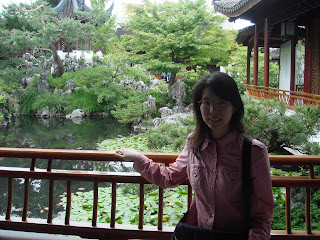 Photo Below: I believe this is called "Moon Gate" - a moon-shaped doorway 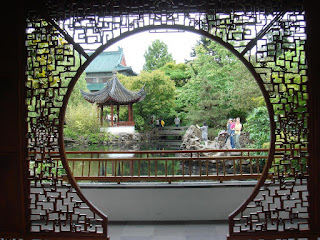 Poetry is also an important element in a Chinese classical garden. Poems can be found anywhere in the garden – inside or outside the buildings and sometimes craved into rocks. Poetry is the way people express their feelings of the beauty and nature in the garden. 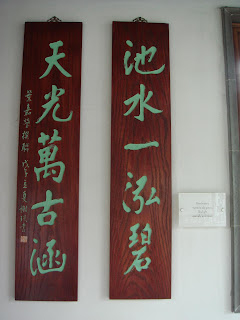 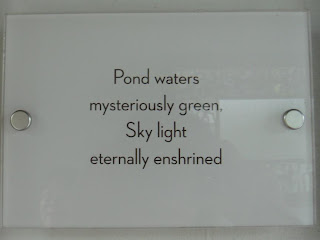 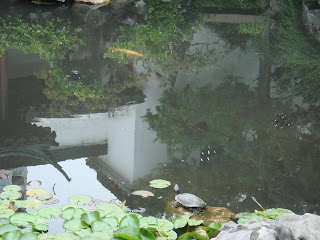 A very cute little blond girl is watching the Mandarin ducks. In Chinese culture, Mandarin ducks represent a life-time couple with love and romance. They are called Yuan-Yang 鴛鴦 and always in a pair. 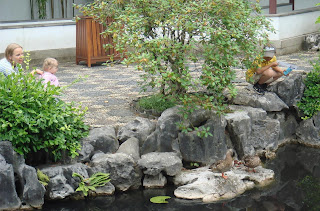 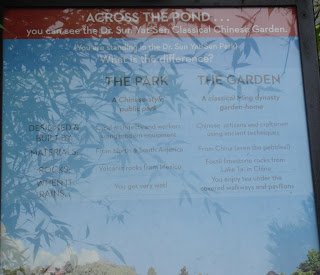 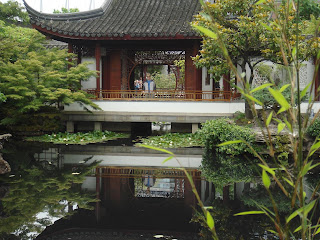 I'm glad to have a chance to visit this garden before I visit the classical Chinese garden in Suzhou this October (a week from now). This garden was constructed by master craftmen from China using traditional methods with no glue, screws or power tools. Everything was consturcted in accordance with feng shui and the balance of yin yang to create a harmony environment. Now I know what to expect when visiting the famous Chinese garden in Suzhou!
Posted by Andrea at 9:59 PM No comments: