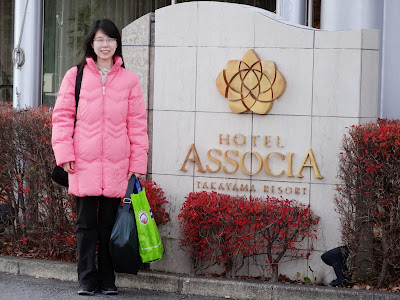 We stayed overnight in Hotel Associa Takayama Resort on November 23. Even though the hotel is situated on the hill, far away from Takayama train station and its downtown area, hourly free shuttle bus between the hotel and train station is available. They also have a service centre near the train station to deliver luggages to the hotel for its guests. 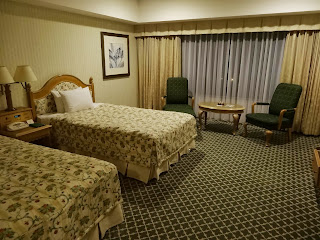 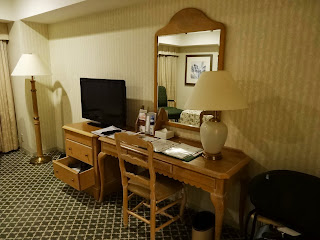 The Western-style guest room was quite huge, 35 square metres or 376 square feet. Much bigger than the standard guest rooms in other Japanese hotels. 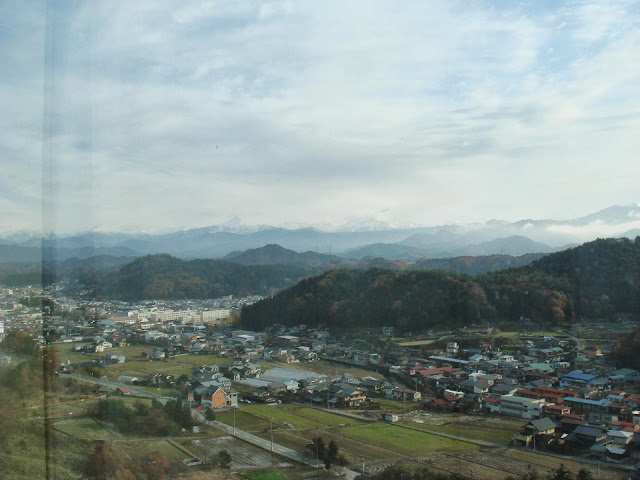 The reason I picked this hotel is because it provided the wonderful view of the whole Takayama surrounded by the north Japanese Alps (北阿爾卑斯山脈的全景). Here’s what I could see from the guest room I stayed in. Besides the guest room, there was another place to enjoy this amazing view … outdoor hot spring (onsen) 露天溫泉, which I did in the morning of November 24!

The hot spring baths (溫泉) are located on 5th and 7th floors. The onsen on 5th floor is called “Overlooking Bath” 望之湯 and on 7th floor is called “Sky Bath” 天之湯. Each floor has an indoor bath and five outdoor baths. Why they have hot spring baths on different floors? Because the hotel designates one floor to one gender and changes the rotation everyday.

I forgot which floor I enjoyed the hot spring, maybe it was “Sky Bath”. I recall there was a telescope outdoor to view the north Japanese Alps which I could only see blurry mountains without eyeglasses (冇眼鏡, 有望遠鏡都睇得矓查查). 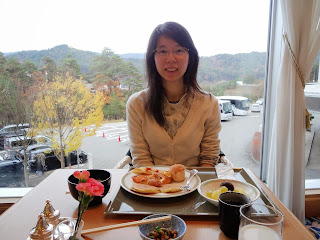 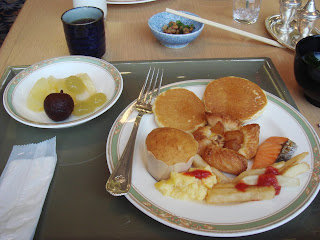 Breakfast buffet on 2nd floor with nice ambiance and okay food selection. They even had lychees 荔枝. 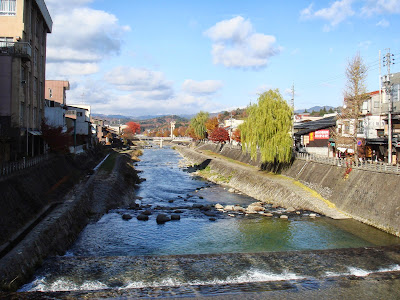 After breakfast and hot spring, it’s time to get back to downtown Takayama by free shuttle. Miyagawa morning market 宮川朝市 was closed already so we just walked along Miyagawa River around that area on a sunny, beautiful day. 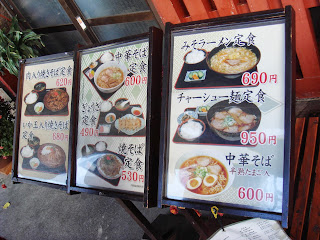 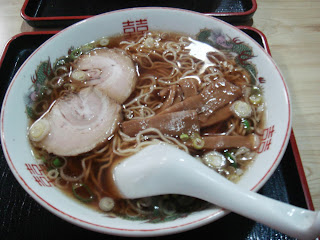 There were quite a few Chinese restaurants (中華料理) in Takayama, mainly serving Hida Chinese noodles (中華麺). I didn’t plan to have lunch there until I found out that they were very popular, some even had long line-ups. I was very curious what made its menu so attractive so I decided to try it out. Not easy to find one with seats available … finally saw a tiny one on a less crowded street near Old Private Houses 古い町並. It had only 4 tables with 2 occupied (one of them with Caucasian customers). I ordered Chinese noodle with pork. As a Japanese-style Chinese cuisine, it was not bad!

Around 4:30 pm we took the train back to Nagoya, it was full of passengers. 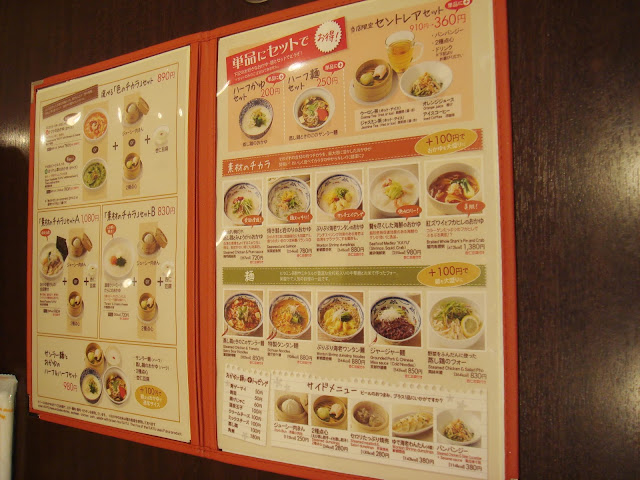 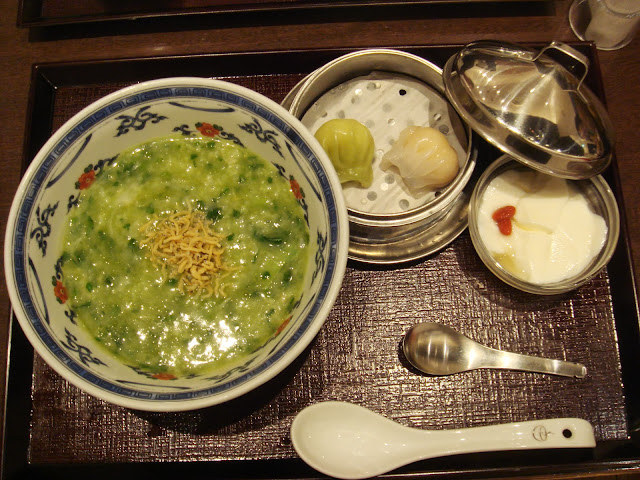 On November 25, I had to leave Japan around 4 pm. I ate lunch in a Chinese restaurant again in Chubu Centrair International Airport. This time I ordered a combo with spinach congee, dim sum (dumplings) and tofu pudding. Did you notice the goji berries 杞子 in tofu pudding? They even put goji into my friend’s congee which was kind of interesting since it’s uncommon to place goji in congee or tofu pudding in my culture.
Posted by Andrea at 8:39 PM