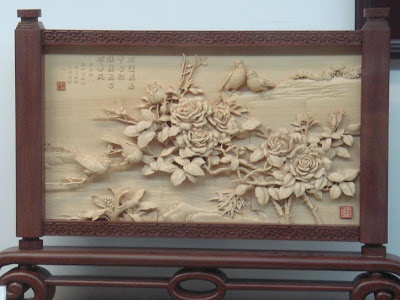 Last year my blog was mostly about the attractions in town such as Burnaby Village Museum, VanDusen Botanical Garden and Capilano Suspension Bridge. This summer I will share my overseas trips – China and Japan.  Recently many overseas Chinese joined the special Jiangnan tour for CAD 49.00 plus airfare and I was one of them.  It was an exciting trip since I had never been to Jiangnan before and I was curious as to how attractive this area could be since Qianlong Emperor of Qing Dynasty visited Jiangnan so many times (乾隆下江南). Basically the 7 day tour included visit of Shanghai, Suzhou, Hangzhou, Wuxi and Nanjing in 江南 (Jiangnan). 江南泛指長江以南地方，但更多時專指長江下游，江蘇南部和浙江 (Jiangnan refers to south of the Yangtze River—a region in the lower Changjiang (Yangtze) valley, including southern Jiangsu and Anhui and northern Zhejiang).

I travelled to China in mid-October last year by flying to Shanghai Pudong International Airport first. The tour guide picked us up from the airport. There were 24 people in our tour including 14 from Australia, 6 from Canada, 2 from US and 2 from New Zealand. Even though we were all Chinese, it was my first time meeting overseas Chinese from Australia and New Zealand. We had several seniors in the group with the eldest of age 83.

The highlight of first day trip was Dongyang Woodcarvings City 東陽木雕市 located in Zhejiang province. Dongyang wood carving has long history since it was developed in Tang Dynasty (618-907). During Qing Dynasty (1736 – 1796), over 400 Dongyang craftsmen were asked to produce the royal carvings in the Imperial Palace in Beijing.

Here are some of the exquisite woodcrafts made by Dongyang craftsmen. Our tour guide described their masterpieces as 鬼斧神功. 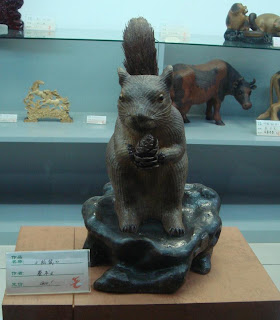 This one is a very simple craft work but I would like to post it here since we have many cute squirrels in Vancouver! 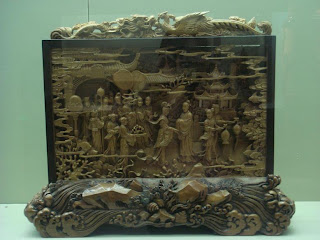 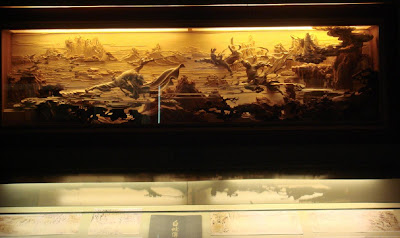 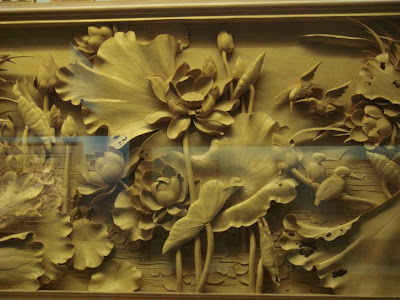 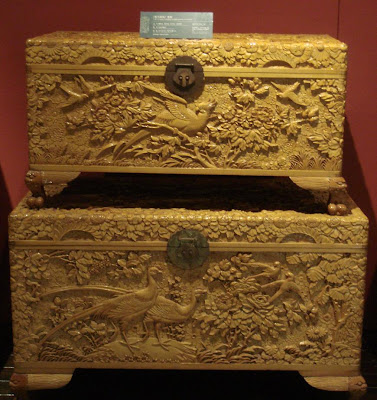 A set of boxes, hundreds of birds worship the phoenix - carved in 1960s using camphor and basswood. 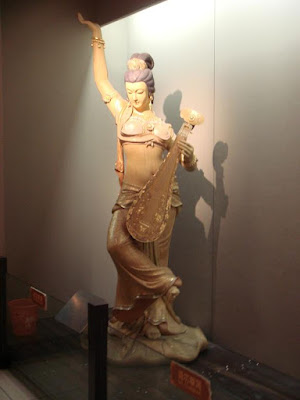 Wood sculpture of human figure – beauty of an ancient woman. 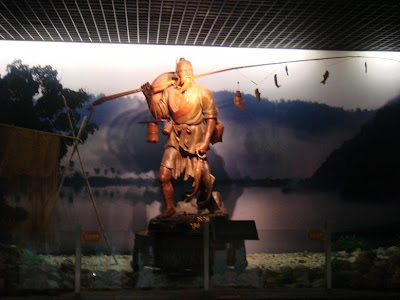 Besides woodcarvings, Dongyang is also famous in bamboo plaiting and carving. Here’s a fisherman figure made of bamboo.