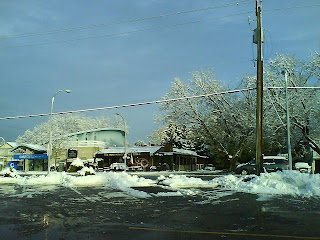 Nov 20, 2010 - the scene in the morning at Blundell Mall in Richmond after one night of snow storm 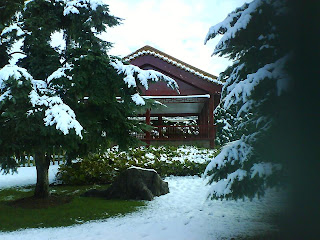 Nov 20, 2010 - Richmond International Buddhist Temple. Since the lens of my cellphone was partially blocked by a piece of paper, the right side of this photo was dim and dark. But it comes out unexpectedly nice and professional! 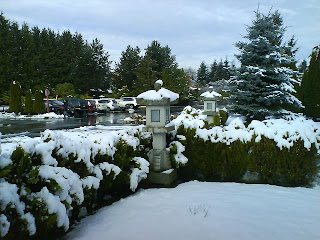 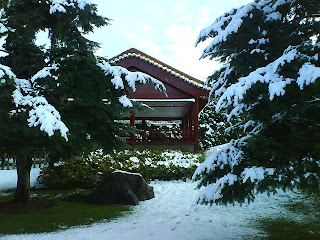 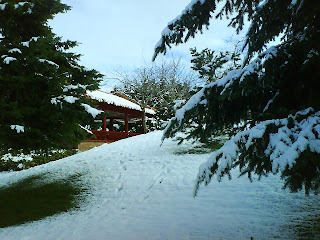 The above three photos are also from the same buddhist temple. If I don't tell you it was in Richmond BC, you may think it was from an oriental place! 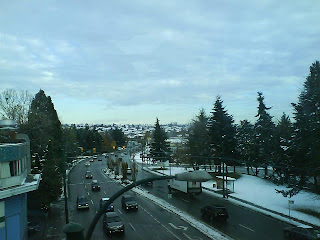 Nov 20, 2010 - this photo was taken afer 2 pm when I was in Canada Line. Now you can see the snow in Vancouver (east of Cambie) was pretty much melt already. 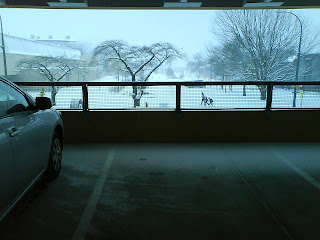 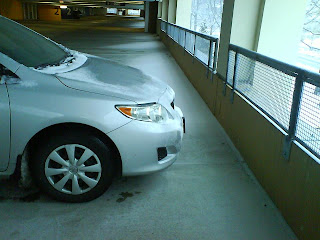 The above two photos were taken in the morning of Nov 25, 2010 while it was still snowing. The location was at a parkade close to my company. The edge of the parkade was covered with thin layer of snow. All the photos below were taken on Nov 25 on UBC campus. 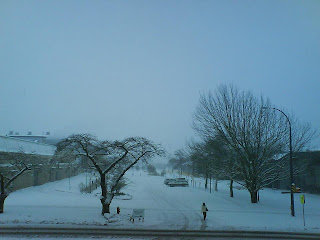 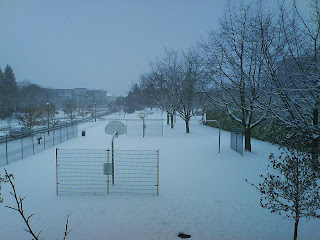 Wow! The whole basketball court was covered by snow! 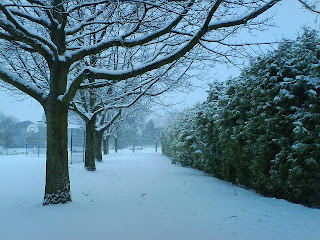 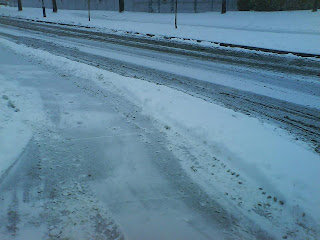 This shows how the black ice looks like. It can be very slippery which makes people difficult to walk and drive. 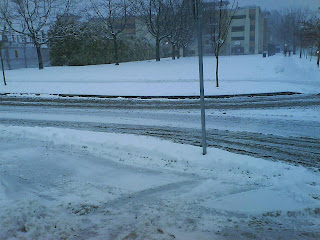 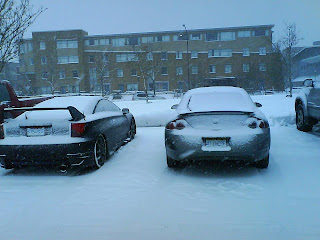 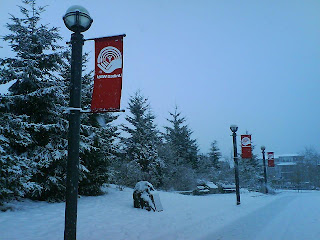 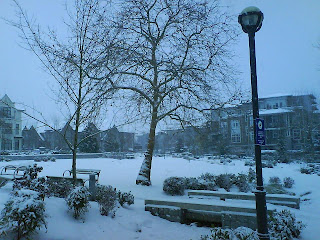 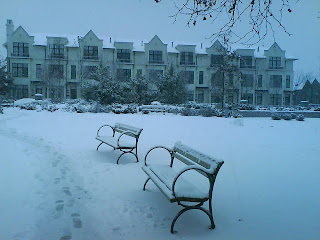 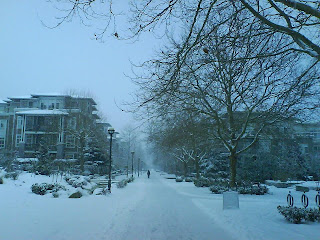 Photo of UBC Hawthorn Place in the snow 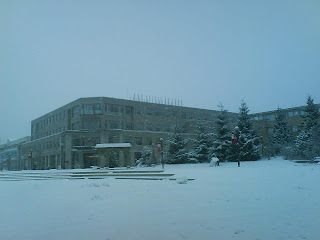 The building is Forest Sciences Centre where I'm working. 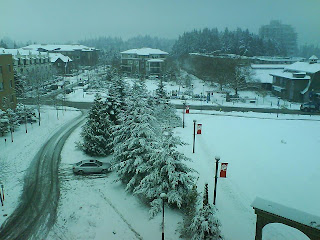 What would you think of with this photo? White Christmas? Not yet, it's only Nov 25 ... another month to come!
Posted by Andrea at 10:49 PM