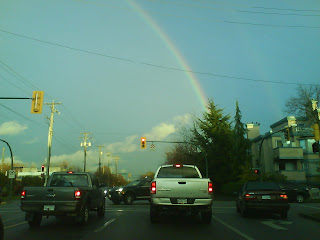 I just watched the Hong Kong movie “Echoes of the rainbow” last month during Vancouver International Film Festival. Double rainbow was mentioned in the movie which I thought it’s just a legend. Until November 5th on my way home after work, I was driving on the highway … WOW! I saw a HUGE RAINBOW! Not far away from it, there’s another dim rainbow. Ah … now I got the idea of double rainbow. It was very amazing since I’ve never seen one before. 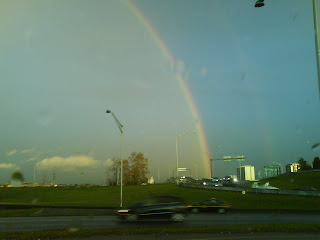