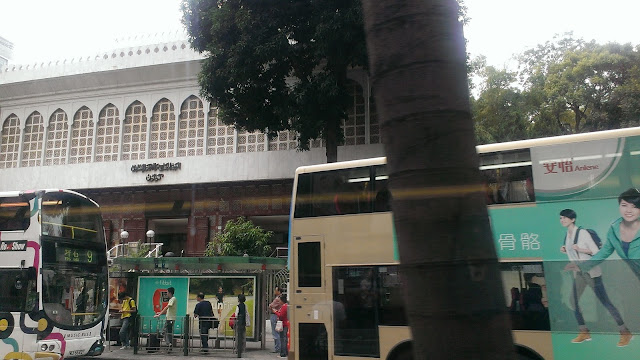 Haven't written my blog for a while, time for update but I would like it to be a bit different from the past, more pictures less words to make my blog followers (if there are any?) have more visual pleasure J
Those from Hong Kong would know the above photo is the Kowloon Mosque and Islamic Centre in Tsim Sha Tsui (九龍清真寺暨伊斯蘭中心), where I passed by when I was on a bus heading to Kowloon Shangri-La Hotel on December 2, 2015.
Looking at this photo reminds me of a Muslim friend who always supported me when I was very down in my life. Now he has already left Vancouver to his home country, I sincerely wish him safe and happiness forever. 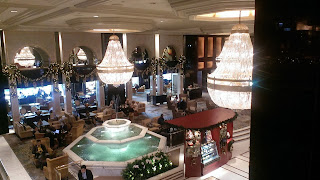 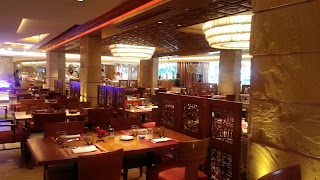 Invited by my friend Charles, we had an enjoyable lunch buffet in Shangri-La Hotel on a Wednesday afternoon J 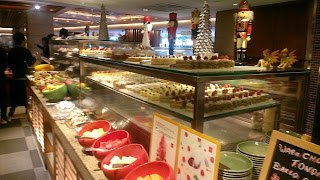 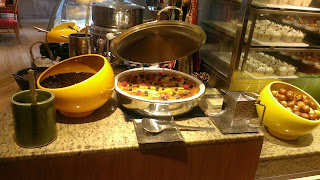 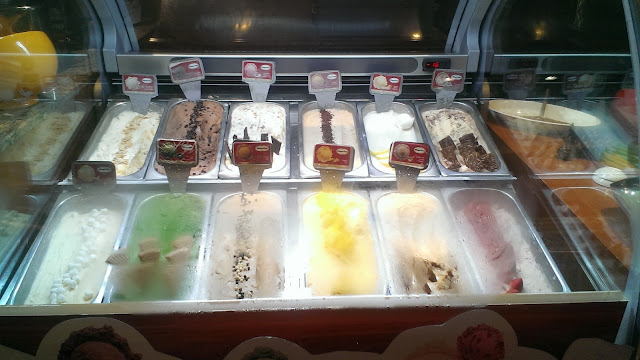 Once we stepped into the restaurant, we saw mouth-watering desserts including mini cakes and Häagen-Dazs ice cream. 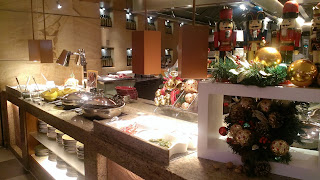 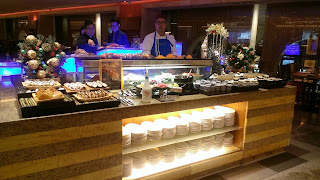 Since Christmas was approaching, we could see nutcrackers as part of the decorations. 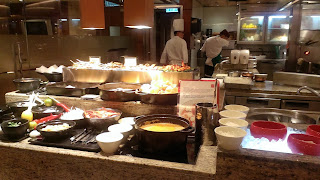 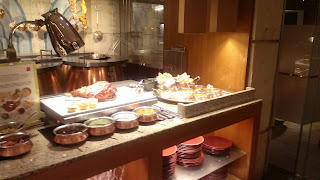 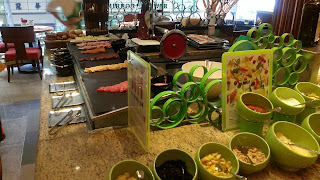 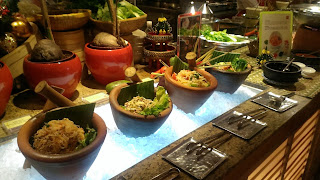 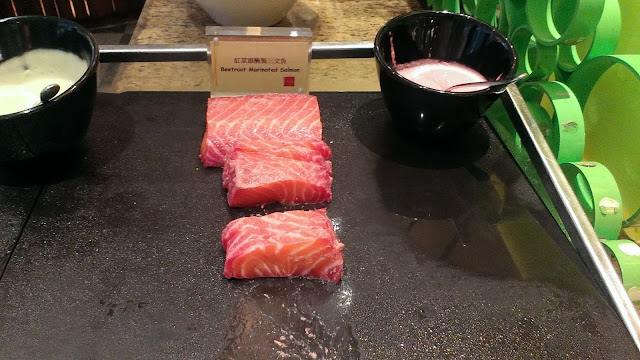 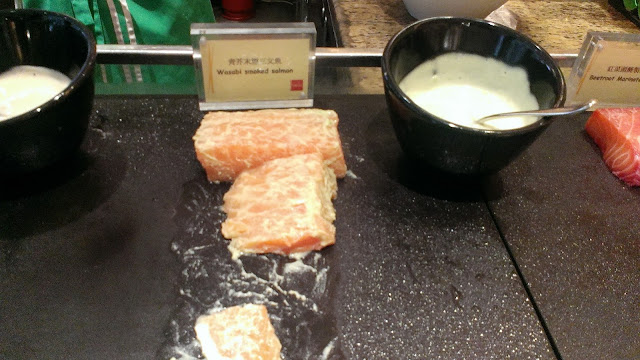 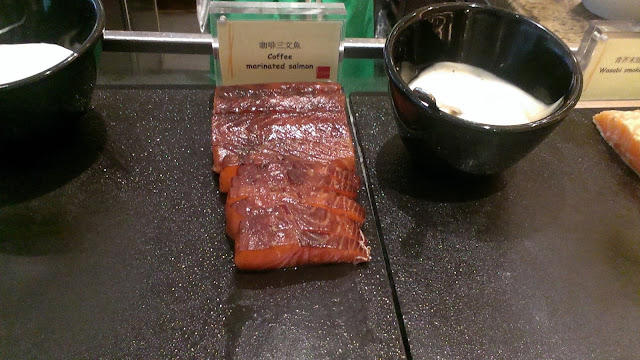 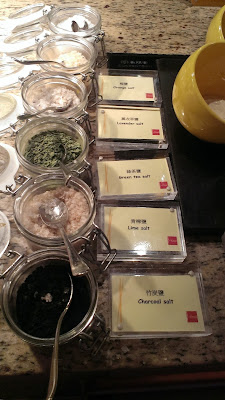 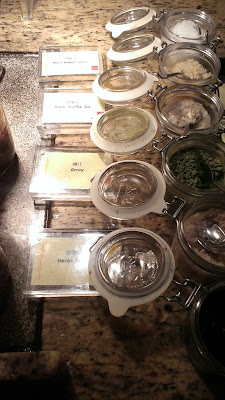 Have you seen the salt in different favours? Charcoal, lime, green tea, lavender and orange? I recall I had tasted green tea salt in Okinawa J 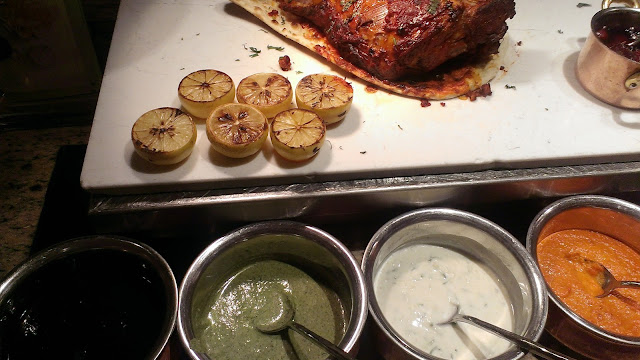 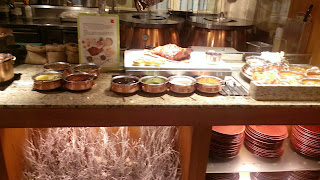 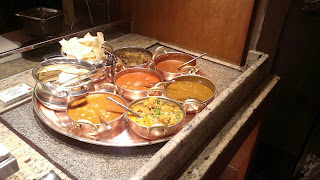 I guess this was South Asia cuisine. But the lemons made me think of Iranian food since I had lunch in a Persian restaurant in Vancouver downtown before my trip to Hong Kong. 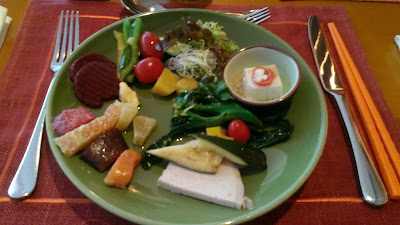 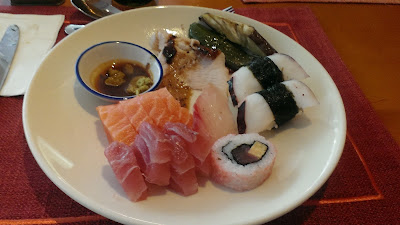 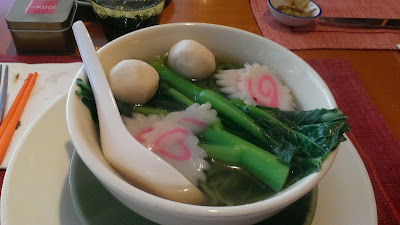 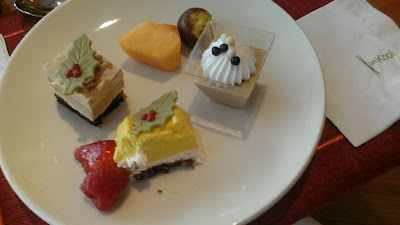 Here were my dishes!!! The first one was a presentation of veggie garden with marinated salmon, second was fresh sashimi. Third one was a bowl of green noodle in  soup. Last one was Christmas dessert with fruit.  Some people might think the portions were too small, actually this was pretty good enough since the green noodle was super filling! Most importantly, I would be able to have an enjoyable chat with Charles in a relaxing and quiet environment J

It seems to me people in big cities like Hong Kong know very well how to taste the food, thus love to criticize the quality. Recently I  started to appreciate all the food I have every day no matter they are tasty or not. Let me tell you the trick, this good practice of appreciation is very easy to do. When you go to YouTube or internet and watch or read about the famine crisis in East Africa and Yemen, seeing more than 20 million people starving with no food and water. Then imagine Hong Kong has a population of 8 million, Vancouver has a population of 5 million ... together is 13 million, still much less than 20 million. After that, you will be satisfied with your meals.