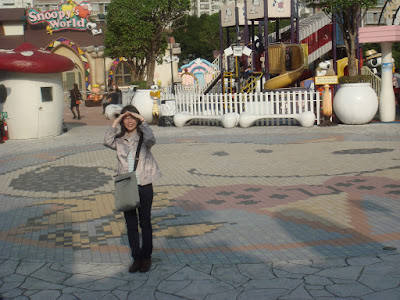 I've heard of Snoopy's World in Shatin Hong Kong from my Filipino colleague for a long time but never been to there until my recent Hong Kong visit. I was sure this time I would not miss it during my stay in Shatin. Luckily uncle George (uncle 7) and auntie Tammy (auntie 7) were very enthusiastic in accompanying me, and they are experts in Snoopy's World since their daughter, my coursin Ada 昫盈表妹 is a big fan of Snoopy! 真係天助我也, 唔駛自己揾餐死! 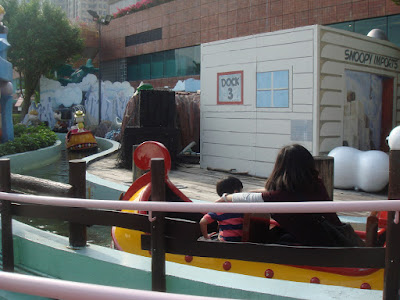 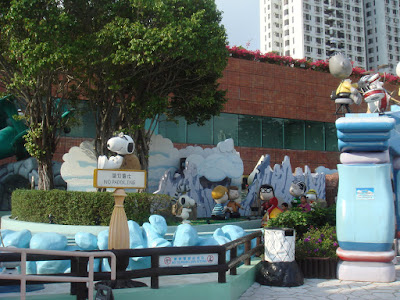 First area I noticed in Snoopy's World was Snoopy boat J I would like to ride the boat too, but I was embarrassed to do that by myself as I am way too over aged. Next time I will take my little niece or nephew there so I can ride the boat with them. 下次等我帶埋 cousin D小朋友先坐船 hehe ... 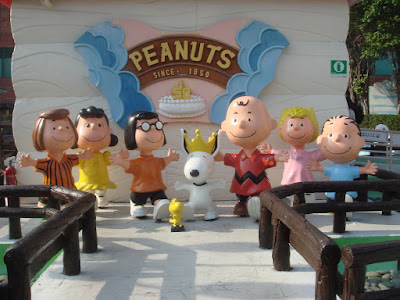 I like snoopy but had no clue when it was born until I went to the Snoopy's World.
1950, much older than Hello Kitty. Do you know all the peanuts characters? 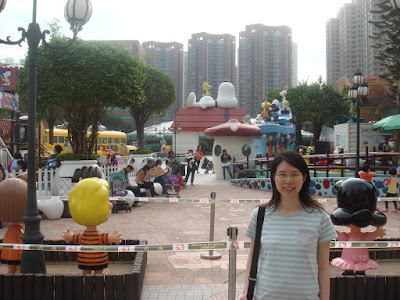 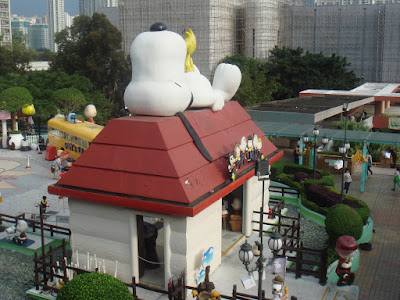 Snoopy's House with a Big Snoopy lying on the roof! uncle George and auntie Tammy always said "peepee"?! 唔通成日要去厠所? 唔係 ... 係"peepee'" in lower tone --> "pypy". It must be how Ada called snoopy when she was a baby J
﻿ 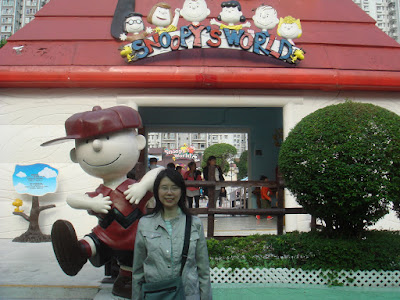 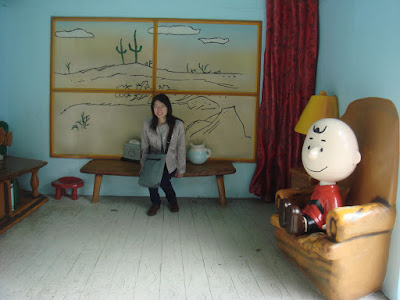 Let's have a seat in Snoopy's house. Oops! wrong spot, it's a short table. Glad that I was not over weighted to break it. 哎吔, 枱仔當凳坐, 好彩冇塌倒. 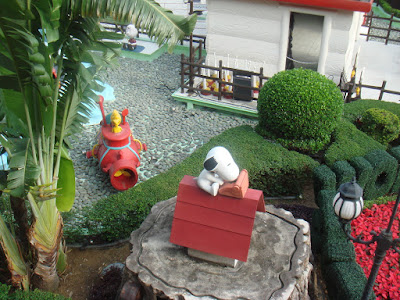 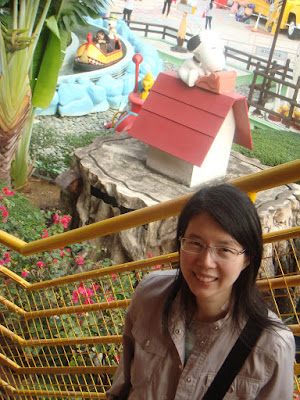 Snoopy is using a typewriter above his doggy house. I don't know if this scene is still common now, but it was one of the most popular images as almost everyone had used a typewriter in the past!

If you still have a typewriter at home, it is now an antique J

Suddenly I thought of my autograph in grade 6 in primary school. My mom bought me a very lovely autograph with nice drawings of little bears collecting apples on a meadow. But when I saw my classmates holding a snoopy autograph, I was attracted by its design more than my own autograph! 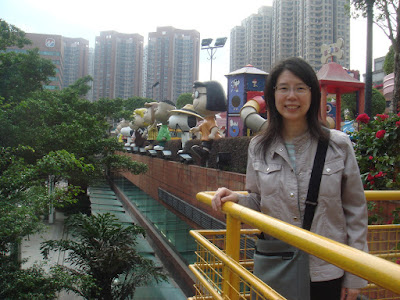 Time to test if you know all peanuts characters, did you see the snoopy with moustache? 有胡子的史諾比???

I thought it was Snoopy's papa. He is called "Spike" based on my web search. A brother of Snoopy! 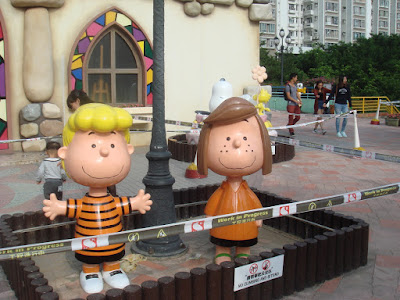 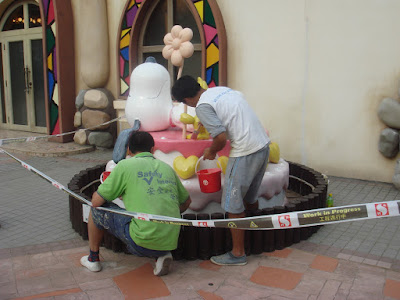 The Snoopy's World was first opened in 2000. It was there for 15 years already when I visited the attraction. Some displays or figures were dull due to the long time outdoor exposure. D公仔曰曰曰晒雨淋, 係時候翻新一下 J
The workers were doing a good job in repainting the figures. Only 50% were repainted or renovated when I was there. Hope everything will look new and fresh when I visit Shatin next time!