20 years ago when I was still in Hong Kong, there were lots of resettlement areas around. At that time I didn’t pay much attention to these areas until now I regret not having too much memory of it. I only recall I’ve been to Wang Tau Hom Estate when I visited my grandparents at the age of four or five. Fortunately I’m able to obtain handy and helpful information about resettlement blocks through the internet, thanks for the technology (without internet I don’t think I can get the resources easily and share that with others)!

The population in Hong Kong was about 600,000 after WWII. Between 1945 and 1950 its population increased to 2 million since large number of people coming from mainland China as a consequence of the Civil War. At that time the housing stock of Hong Kong was completely inadequate so many immigrants settled in wooden shanties in squatter areas. On Christmas Eve in 1953, more than 50,000 people were homeless after a fire swept through Shek Kip Mei squatter area. Due to the crisis, government started constructing the resettlement blocks for the homeless people and other squatters.

There are six types of resettlement blocks – Mark I to VI. A place with a few to a few dozens of resettlement blocks is called resettlement area (RA). Mark I and II were 7-stories blocks with no bathroom and kitchen in each unit. In the 60s more advanced housing has developed – Mark IV and V, 16 stories building with washroom and kitchen in each unit. In today’s living standard, the design of Mark I to III blocks may be considered as inhuman and intolerable; but back then people were happy and satisfied with their homes since living in a concrete building was safer and more reliable than in squatter huts.

The earliest type of resettlement blocks in Hong Kong. These H-shaped 6 to 7 story houses contained back-to-back rooms on the long arms. Each unit was about 120 square feet with no kitchen and washroom. Only the cross bar of the H contained public washroom, showers and running water. Cooking was done on the access corridor outside each unit. Rooftop was used as school and community centre (天台小學). 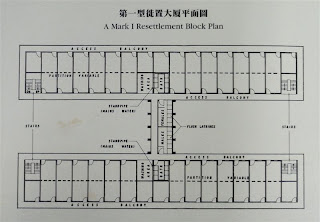 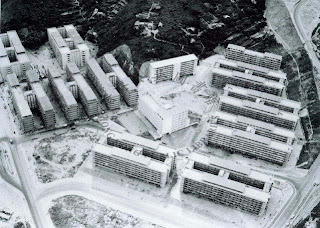 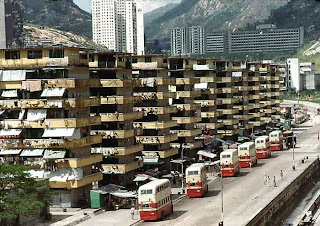 It was first appeared in the East Village (東頭邨) around 1959. The design was very similar to Mark I blocks except a larger separate unit with its own washroom and kitchen was built at both ends of each story. 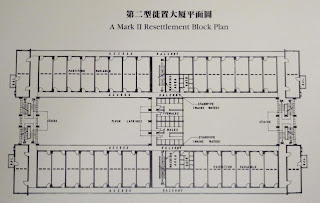 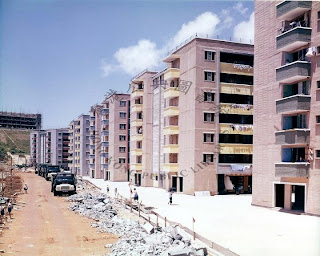 Nothing much different from Mark I and II only each unit had a private balcony.
Mark IV Block:

In mid 60’s there was a big improvement in the construction and design of resettlement blocks. Mark IV became high rise buildings – 13 to 20 stories. Each unit finally not only had its own balcony but also washroom and kitchen. Normally two elevators could be found in each block – but the elevator only stopped at ground and one particular floor.
Of course the size of each unit was bigger than those in Mark I to III – probably around 250 - 350 square feet. The shape of Mark IV building could be I or E or T.
No more schools and community centers on the rooftops instead they were built separately within the resettlement area. 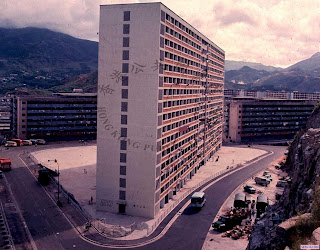 Tai Wo Hau Estate Block 20 in 1966 - the only Mark IV block in its resettlement area
Mark V Block:
Very similar compared to Mark IV – I or T shape (the T built significantly shorter than in Mark IV). Some blocks were connected together to create a wide or extra long corridor. The unit area had more choices. 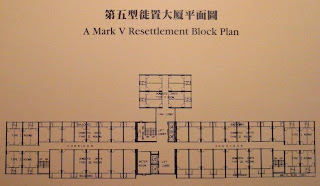 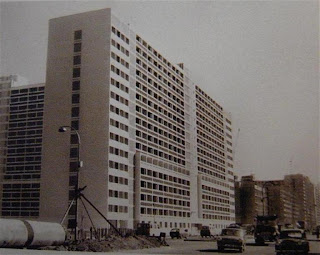 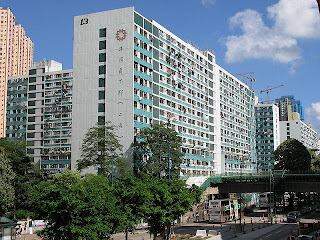 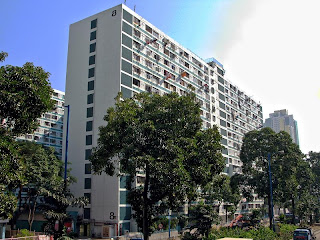 Not too much info I could find for VI blocks – they were built in the early 70’s, should be pretty much the same as IV and V but the unit areas were larger than in the previous block types.

As the demolition of Lower Ngau Tau Kok Estate II (Mark V blocks) will start this month, the period of Hong Kong resettlement areas is completely ended. The buildings have valuable history but unfortunately none of them can be kept. Even though the living standard in today’s society is much better than decades ago, the mutual support between neighbours (守望相助) or people with warm hearts and sincere smile (人情味) during resettlement block era is not easily found in the modern dwellings.
Posted by Andrea at 11:08 PM