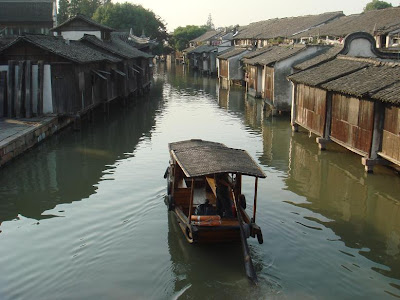 ﻿In the afternoon of our second day tour, we travelled to one of the water villages in Jiangnan – Wuzhen 烏鎮. There are six well-preserved ancient water towns in Jiangnan including Luzhi 甪直, Nanxun 南潯, Tongli 同里, Wuzhen 烏鎮, Xitang 西塘 and Zhouzhuang 周庄. Since Jiangnan is located south of the Yangtze River, many streams flow through this region and that is how the water towns were developed. Most of them have long history of over a thousand years. Within the water villages, buildings are situated alongside waterways and stone-paved roads are connected across watercourses with stone arch bridges, which create charming and tranquil scenery. No wonder the ancient water villages in Jiangnan are often called “Venice in the East”.

Above is the tourist map of Wuzhen Xizha (West) Scenic Zone 烏鎮西栅風景區. Wuzhen water village is located in the North Zhejiang Province, just 45 minute bus ride away from Hangzhou. According to its webpage, the town is divided into four zones by a cross-shaped river, with the Beijing-Hangzhou Grand Canal running across the town, making it the only ancient water town adjacent to the canal. 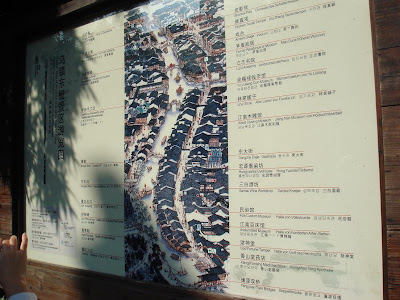 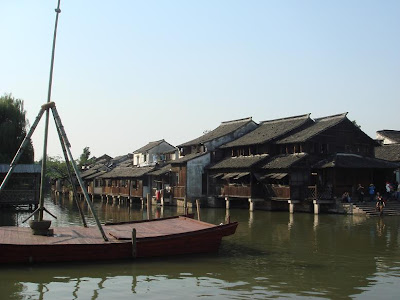 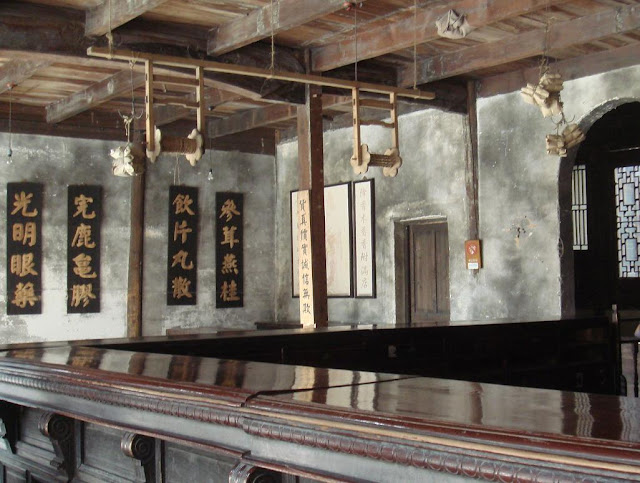 The first thing that attracted my attention in Xiangshantang Medicine Store was the sign posted on the pole in the centre  "貨真價實 誠信無欺" (real products with fair price, honesty with no deceiving). I believe that was the basic concept of Chinese merchants in the past, but the Cultural Revolution has changed all the good concepts. 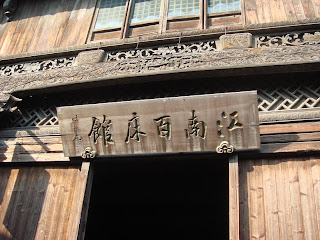 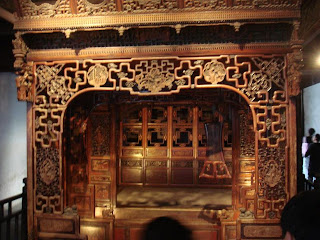 One of the classical, luxurious beds in Ancient Bed Museum is Babu Qiangong bed 清• 拔步千工床, made in Qing Dynasty with finest materials and complicated techniques. It was finished after 3 years (more than 1000 workdays). The size of the bed is 217cm long, 366cm deep and 292 cm high. Although it is a very elegant, high-quality wooden bed, I don’t think I would feel comfortable sleeping on it as I am used to soft bed. 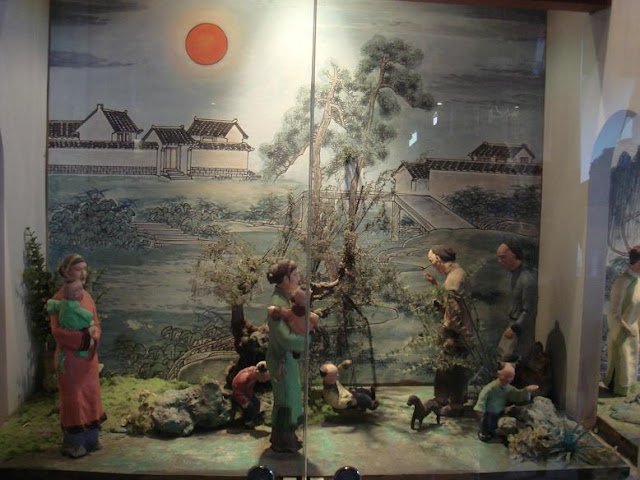 Visiting Folk Custom Museum reminded me of中國二十四節氣 (Chinese 24 solar terms). The solar terms were invented by ancient Chinese based on knowledge in astronomy, climatology and agricultural meteorology. This system reflected the seasonal changes and was closely related to agricultural activities in ancient China. To make it simple, it has 12 major solar terms and 12 minor solar terms in the lunar calendar:

This system and the lunar calendar only applies to China (or maybe East Asia), but sometimes I find it works in Vancouver too! We normally don’t put away our winter clothes until after Dragon Boat Festival (May 5 in lunar calendar) 未食五月粽，寒衣勿入櫳since we believe summer does not actually come before the festival. Now it’s already June but still sometimes cold in Vancouver, let’s see if it will be hot after Dragon Boat Festival (June 23 in western calendar)! 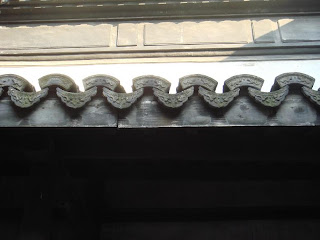 I was told that all the roofs of Zhejiang ancient architectures were built like this. Since the province rains a lot, the rain drops on the roof would create a water curtain! 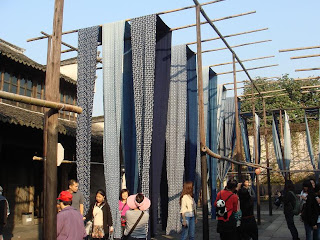 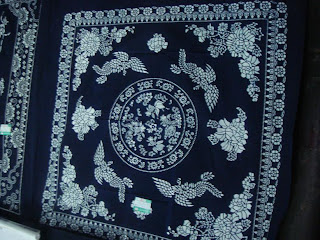 Hongyuantai Dyehouse was founded between Song and Yuan Dynasty. Wuzhen is famous for its blue calico cloth 藍印花布. In the dyehouse, people use the same traditional methods to hand make the blue calico cloth. The dyeing process is environmental friendly since they use blue grass as dyeing material to make the blue calico. They also use natural grass, tealeaves, bark from mulberry tree and leaves of Chinese tallow tree for the unique process of colour printing. 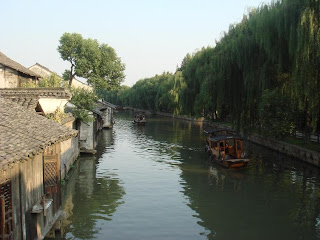 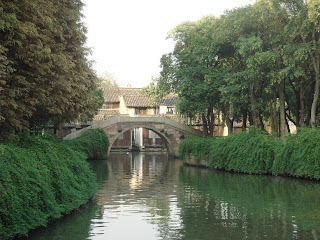 According to its website, Wuzhen enjoys a history of over 1,000 years since its establishment in 872 A.D. The traditional buildings are still well preserved after crossing so many rough years. Within the town, with a dense network of rivers and wharves, people build their houses along the river and establish markets close to bridges. Stone railings and arch bridges, arched gates across the street, imposing dwellings and spacious courtyards, river banks and verandas are all well preserved.
Posted by Andrea at 9:23 PM