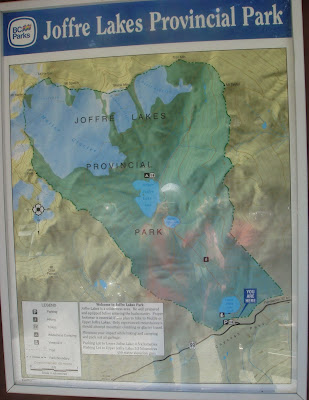 The next destination was Joffre Lakes Provincial Park where greenish blue waters of Lower, Middle and Upper Joffre lakes can be seen. According to web, the blue colour is caused by glacial silt that is suspended in the water and reflects green and blue wavelengths of sunlight. 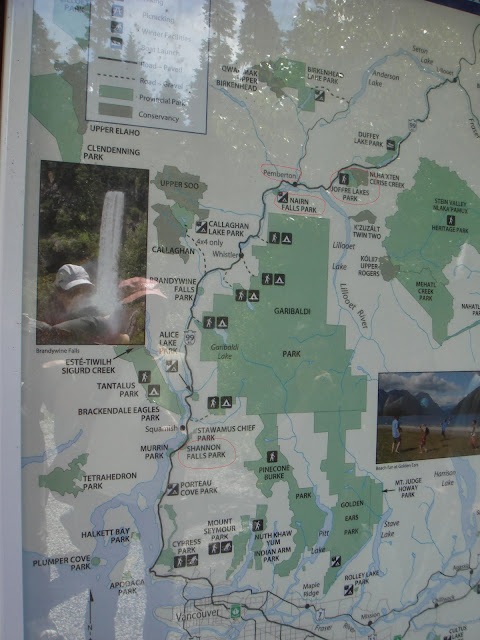 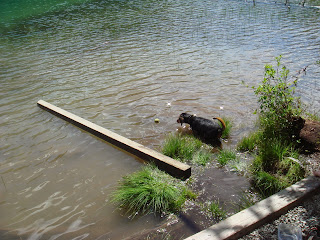 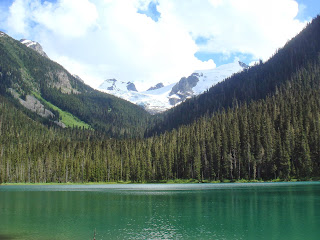 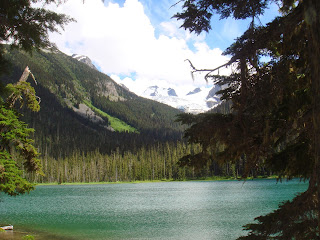 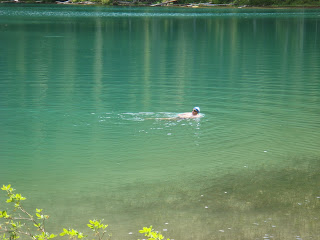 Let’s take a look at the shiny blue glacial lake with glacier-capped mountains behind. The lake did not only attract male swimmer, but also doggie swimmer. 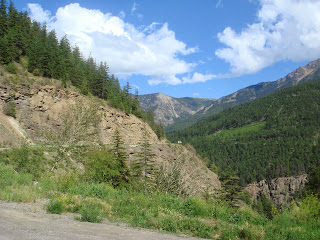 After Joffre Lakes Provincial Park, we continued travelling along the highway. In the middle of the road, we were recommended to get off and take pictures of these valleys. 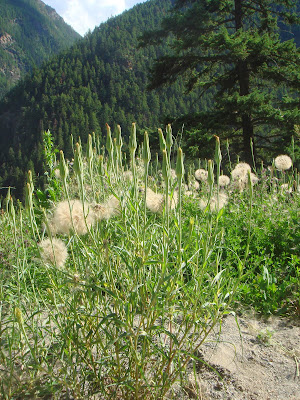 Then we discovered an interesting plant which was like a jumbo sized dandelion 超大蒲公英. If I recall correctly, the actual name should be hypochaeris radicata or catsear 貓耳菊. 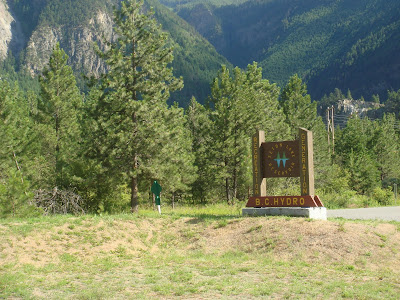 Here we visited another lake which is just west of Lillooet called Seton Lake. It is part of BC Hydro’s Bridge River hydroelectric complex. 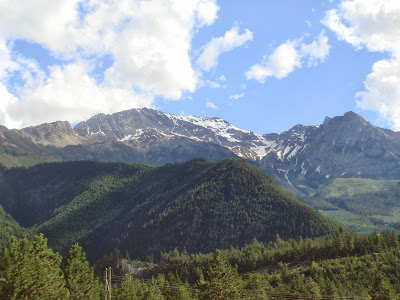 Looking up can see the mountains and glaciers 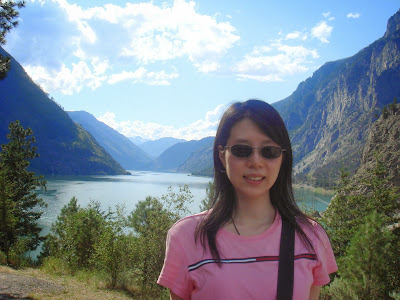 Looking down can see me in front of Seton Lake 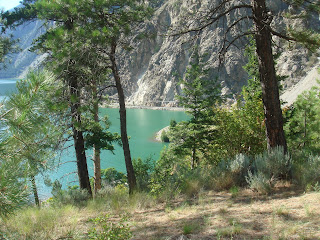 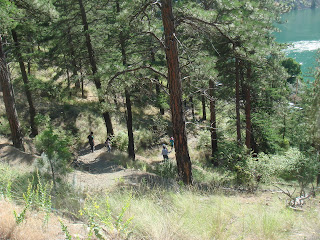 Getting close to the lake by going downhill was a challenging task, at least for me. It was quite steep. Luckily a lady in our tour asked if I need her to hold my hand. At that moment, I had a warm feeling 人間溫暖. I still would like to thank this lady and at the same time to thank another person (I believe was a lady also) who held my arm. Without them I might have fallen already or given up to go down. 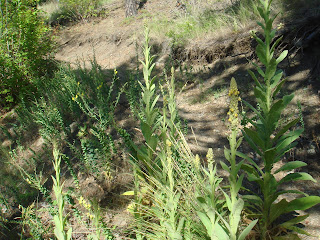 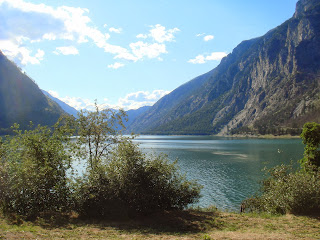 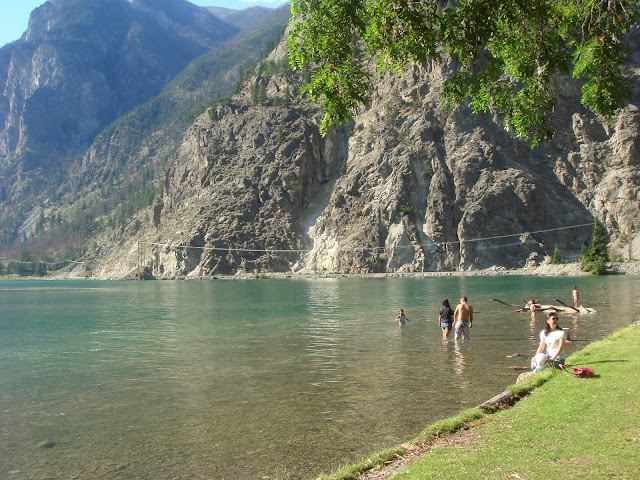 There were quite a few swimmers since the day was much hotter than usual. I recall Joseph told us that there was a railway on the right side of the lake. 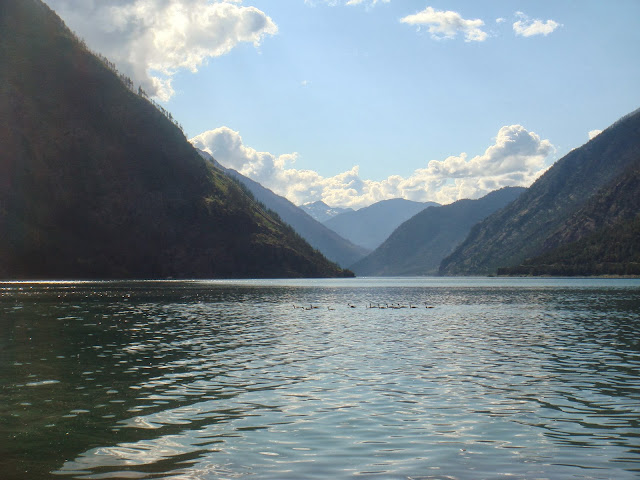 Can you see? Swans in the middle of calm Seton Lake, isn’t it like a fairy tale?
Posted by Andrea at 9:48 AM