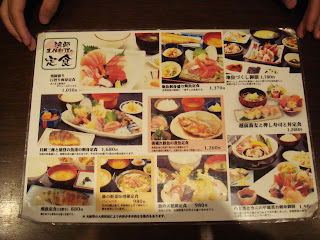 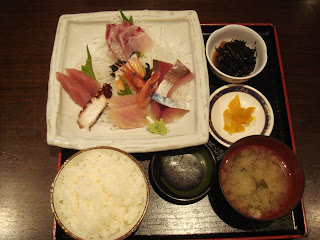 I travelled to Hong Kong at the end of last year and took the chance to visit other Asian countries including Japan, Singapore, Malaysia and Thailand. Let’s talk about Japan, the first one I visited in chronology. I arrived there around 10 pm on November 20, 2012 so the 1st day of my Japan trip was more likely on November 21. I stayed there til November 25. Same as last time, my Japanese friend accompanied me. On November 21, we took a 3 hour train from Nagoya to Kanazawa (金澤市). By the time we arrived it’s already passed noon so we had lunch in one of the restaurants nearby Kanazawa train station. I ordered sashimi lunch set from its colourful menu. 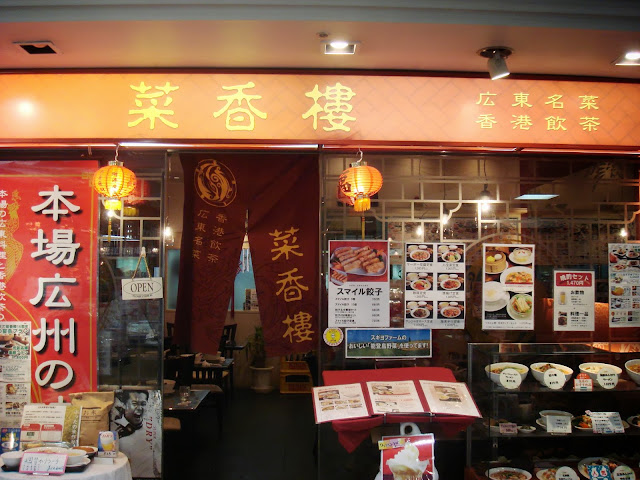 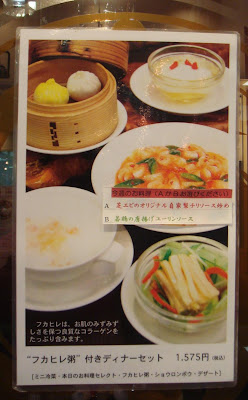 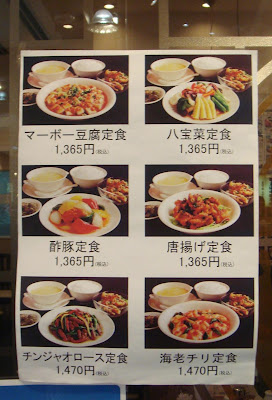 Take a close look at its menus … what do you think? Authentic or Japanese-style dim sum? I wonder if the chef is Chinese or from Hong Kong? 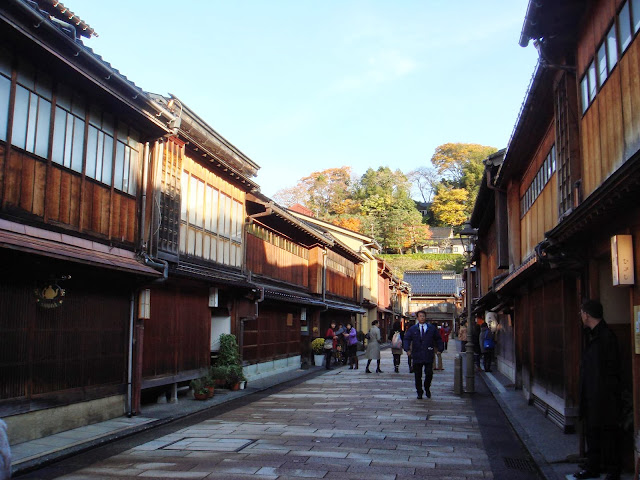 After lunch, let’s go to the first tourist attraction – Higashi Chaya (Tea House) District 東茶屋街. Briefly speaking, chaya is a traditional restaurant where guests are entertained by geisha (Japanese female entertainers) who perform songs and dances since the Edo period. The largest chaya district in Kanazawa is Higashi Chaya District which is designated as Japan’s cultural asset. Many old buildings there have been converted into restaurants, teahouses and souvenir shops. Because Kanazawa is the centre of gold leaf production in Japan, we found many products with gold leaf (金箔) in its souvenir shops such as facial gel, facial oil blotting paper, bath salt … 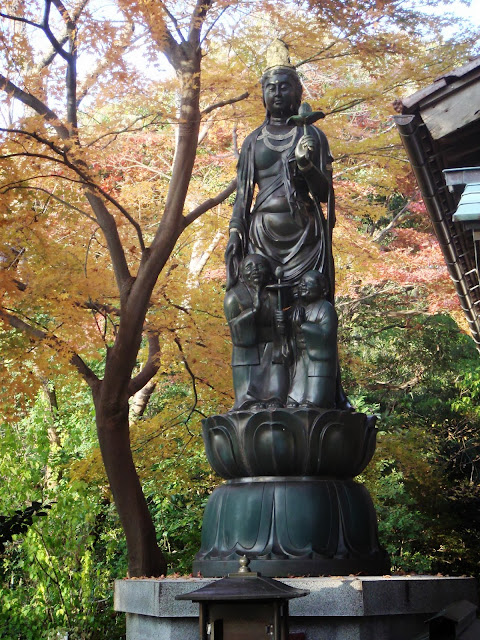 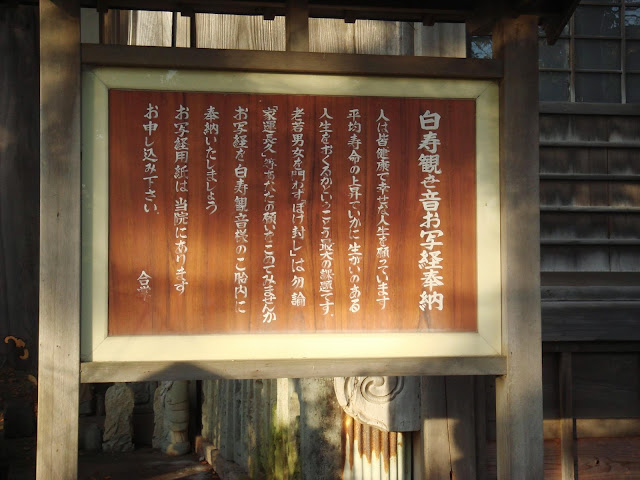 Not far away from Higashi Chaya District is Utatsuyama Temple Area 卯辰山 where numerous Buddha statues, temples and shrines are located. Sounds like a very spiritual area. Originally I wanted to see a giant Buddha statue at an outdoor site. Due to my limited energy and the complicated trails on the mountain, I decided to give up. Luckily I could still find a statue of Bodhisattva 觀音菩薩像 at the foot of the mountain J 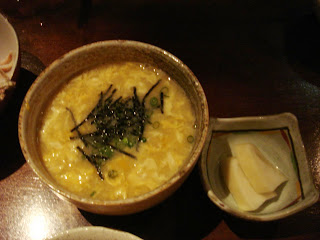 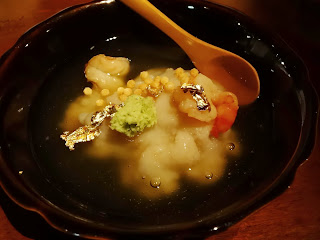 In the evening, we had dinner in an underground restaurant situated in the downtown area of Korinbo 香林坊. We ordered hotpot dish, local crab, miso congee (above pic on the left) & soup of mashed lotus root which was a nice surprise! Edible gold leaves 金箔 were found in the soup (above pic on the right) J It was my first time eating gold leaf … normally food with gold leaf such as mooncake 金箔月餅 is quite expensive. But the soup wasn’t expensive at all since lots of gold leaves are produced in Kanazawa.
Posted by Andrea at 9:31 PM